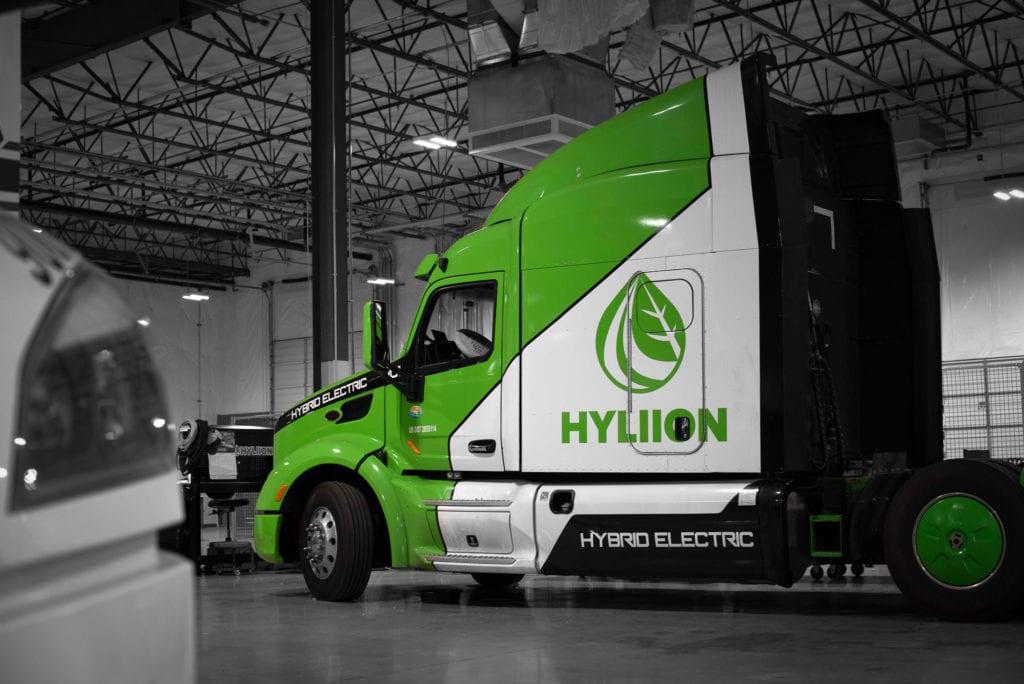 During this crazy period in the markets where soaring valuations on Wall Street provided a stark contrast to the massive pain on Main Street, the one sector that started to attract some skepticism was technology. But with the very positive session across the board for major indexes on March 26, tech might be making a comeback. Unfortunately, that didn’t spare Hyliion Holdings (NYSE:HYLN) and specifically HYLN stock from volatility. 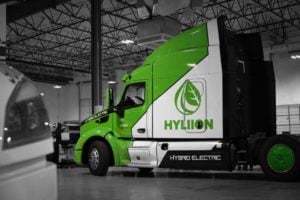 Heading into the final weekend of March, Hyliion shares shed 2.4% of value. But pull out over the trailing five days and HYLN stock was in the red by nearly 15%. Over the last month, the story gets uglier, down more than 33%. And yes, pull out to the past six months and the hemorrhaging is even worse, a staggering loss of almost 77%.

Still, speculative investors are right to wonder whether this might be a discounted opportunity for HYLN stock. Hyliion is one of the frontrunners in proposing a green rethink of commercial transportation. While personal electric vehicles generate media buzz, it’s the commercial side of transportation that environmental proponents should worry about.

Studies from vehicle emissions have concluded that, as you might expect, the correlation to heavy carbon impact is linked to transport and heavy-duty trucks, “surpassing any correlations with emissions from cars and small trucks.” In fact, popular trucking routes within cities which may have substantially less overall traffic compared to highways still generate similar levels of air pollution.

In other words, it’s wonderful that automakers are gradually shifting toward EVs, which in turn will replace internal combustion cars. But even if all those cars were replaced with electric equivalents, scientific data suggests the more effective approach from an environmental standpoint would be to address commercial vehicles, not personal ones.

Fundamentally, this puts HYLN stock in the driver’s seat. But that’s also why its recent volatility has been so disappointing for shareholders.

HYLN Stock Has Turned Into a High-Risk Trade

In prior InvestorPlace articles on HYLN stock, I noted both the appeal and the risks that Hyliion stakeholders must balance. Beyond short-selling research firms’ claims that management is exaggerating the performance claims of its hybrid compressed natural gas (CNG) and electric powertrain solutions, the economy posed a huge threat.

Look, I think most folks want to go clean energy, all other things being equal. But all other things are not equal. Unfortunately, cost represents a huge factor in making any conversion to alternative transportation solutions. Right now is not a great time for fleet operators to experiment with a largely unproven platform.

Nevertheless, the huge advantage for HYLN stock is that full electric commercial and heavy-duty vehicles are even more unproven. Yes, manufacturers are developing them. But we’ll need an infrastructure upgrade or at least very efficient management to accommodate the coming surge in personal EVs. You add commercial EVs to the mix and you’re probably talking about a serious rethink.

With a hybrid solution — CNG as the fuel source and an electric powertrain that delivers the benefits of EVs — clean commercial vehicles are much more credible. We can shake our fists in the air all we want but the science doesn’t lie: fossil fuels have higher energy density, which makes them relevant to this day.

Still, the biggest hesitation I have at the moment is that investors are not buying into this thesis. Throughout the first two months of this year, HYLN stock traded mainly traded around the $16 to $17 area. But in early March, shares began tumbling.

And we’re not talking about garden variety volatility. In the month so far, HYLN stock has shed 33%. Over the trailing six months, it’s down nearly 77%. Unless Hyliion can do something — and right quick — the situation does not look encouraging.

Do You Want To Catch a Falling Knife?

Here’s what tears me up. A criticism of HYLN stock is that the underlying company is a halfway solution to an inevitable electric future. Hyliion’s solutions are not fully electric nor are they purely combustion powered. This middle ground may only have a limited lifespan.

But that might not turn out to be the case. Again, the science doesn’t lie — fossil fuels have high energy density. Further, solid-state battery technology might not pan out, making commercial vehicles dependent on hybrid solutions.

However, I can argue the fundamentals all day long. If the market doesn’t want Hyliion, then that’s the ultimate arbiter. Sure, the discount on HYLN stock is intriguing. But whether you want to take a bite depends on your willingness to catch a falling knife.