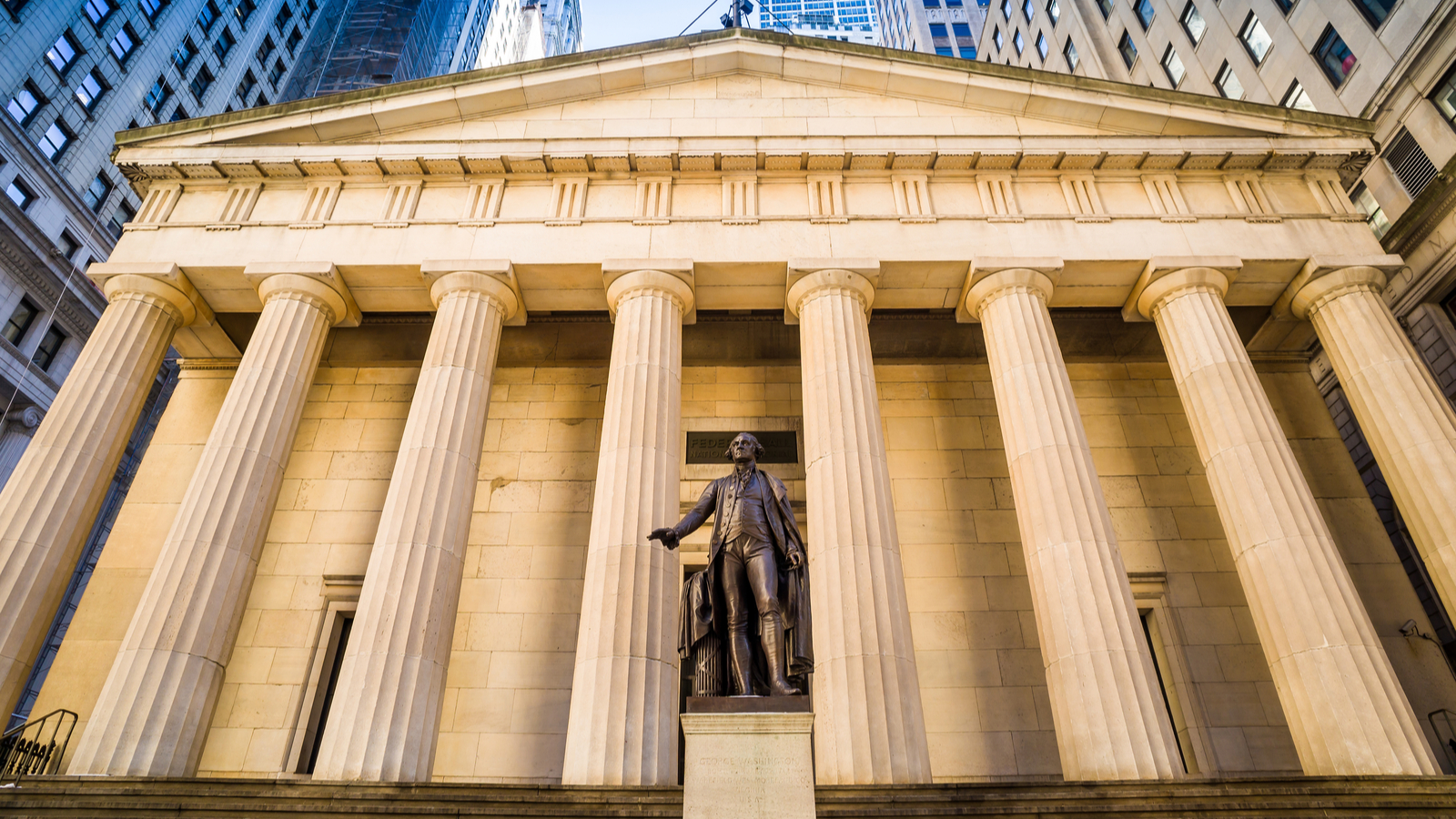 One of the most important and true maxims in the stock market is don’t fight the Fed.

The U.S. Federal Reserve is the master of the financial universe. What its voting members believe, are enacted into monetary policy – the most important of which is the prevailing interest rate.

That policy determines everything in the global economy, from which stocks perform on Wall Street, to how much your mortgage payment is…

So, investing veterans have developed the phrase, “don’t fight the Fed,” to encapsulate the spirit that the Federal Reserve rules all, and if you want to succeed on Wall Street, you need to go with the Fed.

That’s why I’m telling you today to not fight the Fed, and instead, buy a group of stocks that will have the Fed’s support over the next few months.

Hypergrowth stocks got whacked yesterday on fears that the Fed will kill the recent rebound in the growth/technology sector.

Specifically, the Fed began its two-day policy meeting yesterday, and the fear out there was that, at this meeting, the Fed would begin talks about tightening money policy, either via easing up on asset purchases or by a shift in the Dot Plot towards earlier projected rate hikes.

Either one of those will cause a rise in yields and a sell-off in tech/growth stocks.

In anticipation of the Fed maybe hinting at tightening monetary policy after the meeting is over, investors shed risk. And as the Fed released its Summary of Economic Projections this afternoon, its projections showed a more hawkish stance than Fed members took in March. Notably, inflation expectations for 2021 rose from 2.4% in March, to 3.4% today, while core inflation expectations rose from 2.2% to 3.0%. Projections for the real unemployment rate did not move up, but real GDP growth forecasts did creep higher from 6.5% to 7.0%.

In response, the 10-year Treasury yield jumped 5 basis points, while the Dow Jones, S&P 500, and Nasdaq all fell sharply into negative territory.

This was a gross overreaction… but it’s also an opportunity, which is why we saw the Nasdaq come roaring back after Federal Reserve Board Chair Jerome Powell’s press conference.

Here’s the thing: The Fed isn’t going to budge, and whatever Fed officials do say in the back half of this week, will be much more dovish than markets anticipate, which will lead to a big rebound tech/growth stocks and further pressure on Treasury yields.

My reasoning is simple: The Fed has long said that the economic recovery will weaken as it drags on and that inflation will be transitory, and therefore, they will not preemptively tighten policy.

This has been their stance since Day 1, and has remained their stance even amid a flock of cries during February, March, April, and May – when inflation was running super-hot – that the Fed had no idea what it was doing.

Now, the more recent data, though, is starting to prove them right. Just look at yesterday’s economic data.

Yes, the Producer Price Index came in above expectations, but that’s a trailing indicator of supply chain issues. More high-frequency indicators of demand like retail sales and manufacturing activity both come in well short of expectations today. Retail sales actually dropped month-over-month, showing that consumer demand is tapering off.

The recovery is slowing. Inflation is subsiding. And the calls for patience on monetary policy are proving prescient.

Do you really think the Fed will move now? Just when the data is slowing down? After months of standing pat amid a surge in inflation?

The Fed is looking at this data. They know that it’s screaming “slowing recovery” and “transitory inflation.” They know it proves them right – and they know that the best course of action is to stay the course with current policy.

Wall Street thinks that this is the case. That’s why tech/growth stocks have been outperforming in recent weeks.

But Wall Street also always gets worried right before (and during) big events – and that’s why you’re seeing some weakness in hypergrowth stocks.

Take advantage of it – it will not last.

Today’s weakness in hypergrowth stocks simply sets the stage for a bigger rebound rally into the summer months as the macro investing environment grows more conducive for growth stock outperformance.

So… which hypergrowth stocks should you be buying?

The ones I’m telling you about in Innovation Investor – my premiere newsletter advisory service dedicated to picking the top stocks in the world’s emerging megatrends, such as electric vehicles, autonomous vehicles, digital advertising, plant-based alternatives, and much, much more.

But – and I mean this when I say it – there has never been a better time than right now to subscribe to Innovation Investor.

Because I am very confident that the hypergrowth stock picks I’m going to give you are the exact type of stocks that will surge this summer – these are stocks that I think could double in a matter of months.

As the old saying goes… there’s no time like the present… well, that’s very true with Innovation Investor.

There’s no time like right now to find the next leaders of the world’s hottest megatrends, all before the huge summer breakout in hypergrowth stocks.

On the date of publication, Luke Lango did not have (either directly or indirectly) any positions in the securities mentioned in this article.

By uncovering early investments in hypergrowth industries, Luke Lango puts you on the ground-floor of world-changing megatrends. It’s the theme of his premiere technology-focused service, Innovation Investor. To see Luke’s entire lineup of innovative cutting-edge stocks, become a subscriber of Innovation Investor today.

While Carnival Stock Hasn’t Bottomed Yet, Remain Cautious
Patterns Suggest Royal Caribbean Stock Will Fall Again on Fed News
This Is When You Can Be Aggressive in Buying AMD Stock
3 Undervalued Dividend Stocks for Long-Term Returns
How COVID-19 Changed Our Saving and Spending Habits