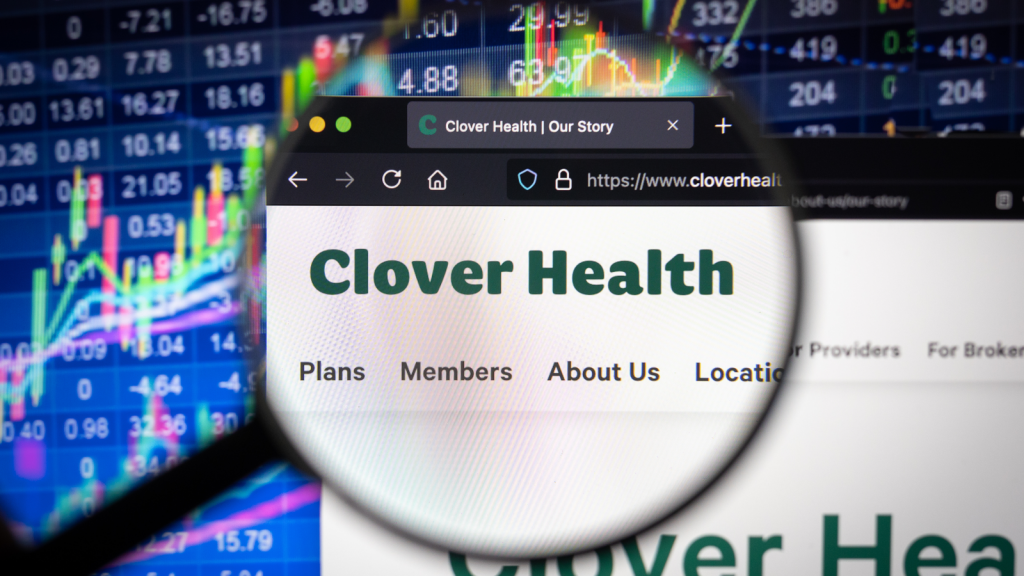 Clover Health Investments’ (NASDAQ:CLOV) earnings continue being negative although some operating numbers seem to offer hope of a better stock price in the future for CLOV stock.

For instance, in February the company announced that its 2022 revenues were expected to be more than $3 billion; this would be largely thanks to a forecast 90% yearly growth in the number of lives under management. Considering that the company reported that there was an increase of almost 300% year over year in the number of lives that CLOV had under management in the first quarter, that doesn’t seem far fetched at all.

Even so, earnings are suffering, and could be that way for a while.

Marketbeat.com reports that CLOV, in 2021, had a negative $1.43 earnings per share, and that its earnings estimates for 2022 are -99 cents. Its latest quarterly earnings of -44 cents missed estimates by 18 cents.

This is not good news for holders or potential buyers of CLOV stock. Negative earnings are probably not going to raise the price – not in this difficult market environment. Also, buyers for lower-priced, speculative stocks can probably find bargains elsewhere. Those buyers can seek out-of-favor stocks that have fallen in price, especially stocks of profitable companies. Right now, those will be better options.

TipRanks.com reports that for the second quarter of 2022, the consensus earnings per share forecast is -23 cents per share. For that quarter last year CLOV stock earned -63 cents.

Clover Health states that they bring “high-quality, affordable, and easy-to-understand healthcare plans to America’s seniors.” CLOV serves seniors, which is a service to a vulnerable group, and is important in our society.

You can keep an eye on CLOV stock and watch for a buying point in the future. But there is too much risk right now and until some earnings are made or anticipated.

On the date of publication, Max Isaacman did not have (either directly or indirectly) any positions in the securities mentioned in this article. The opinions expressed in this article are those of the writer, subject to the InvestorPlace.com Publishing Guidelines.

Max Isaacman is an Investment Advisor Representative in San Francisco. He was a Merrill Lynch Representative and a Vice President of Lehman Brothers. His investment books were published by McGraw-Hill and Financial Times Press, including the first book on ETFs, How to be an Index Investor (McGraw-Hill, 2000). He wrote for the Emmy award-winning Website Minyanville.com. His email is exch13@aol.com.

Unemployment Rates: The Highest & Lowest Worldwide
Stocks making the biggest moves midday: Micron, Kohl’s, Meta Platforms and more
The 7 Worst Stocks to Buy in a Bear Market
Hycroft Mining: Invest the Money You Can Afford to Lose
How COVID-19 Changed Our Saving and Spending Habits